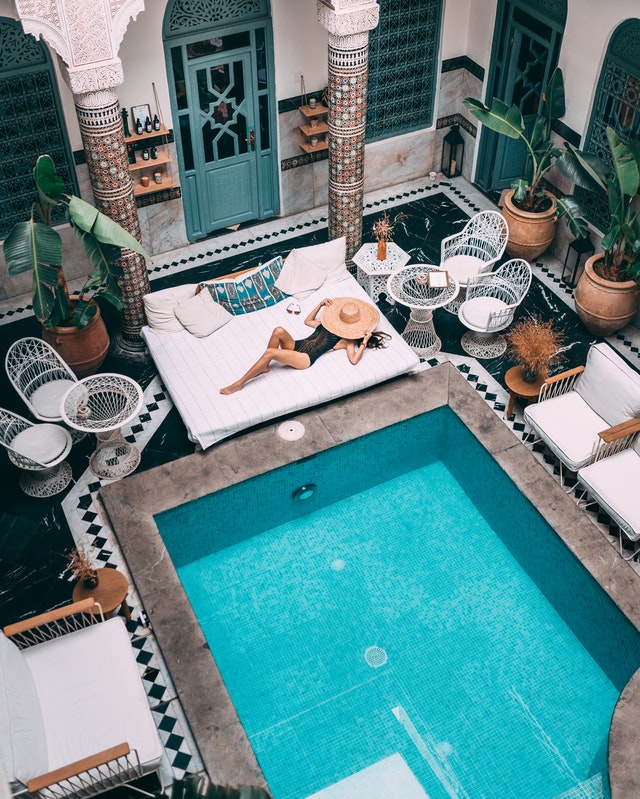 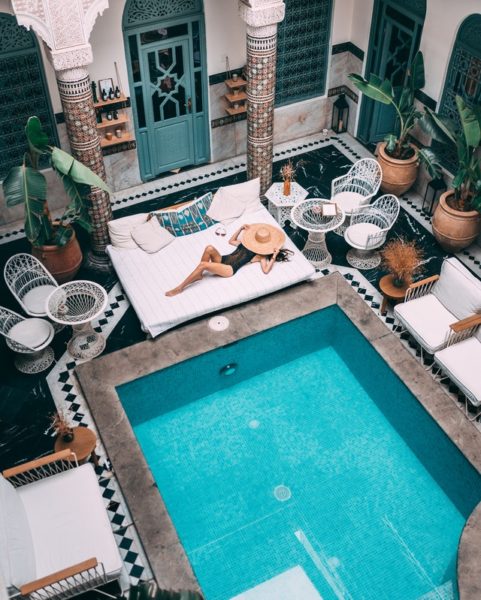 Mixing patterns is a surefire way to bring personality and punch to your space. It can be intimidating, but not anymore! Create combinations that mesh rather than clash with these pattern mixing basics and examples.

How to Mix Patterns

With these 5 tricks up your sleeve, you’re ready to mix and match patterns as skillfully—and stylishly—as a decorating pro:

1. Use the rule of three. Decorating with three patterns creates visual interest without feeling excessive. It’s also important to vary the size, or scale, of your patterns. You want one large, one medium and one small. For example, an oversized ikat pattern with chevron stripes and a small-scale geometric trellis print.

2. Match colors. Pick two colors in your biggest, boldest pattern, add a second pattern (and some solids) that shares one or both of them, and then a third that introduces a new hue. To pair them like a pro, use the color wheel. Just be sure they share the same intensity—all jewel tones, all pastels or all earth tones, for instance.

Tip: Ease into pattern mixing with a monochromatic color scheme, picking patterns in different shades and tints of the same color.

3. Embrace variety. Florals and stripes are a foolproof place to start, but as you get more comfortable with pattern mixing, have fun with it! For starters, mix and match a wilder print with a smaller, neater one—paisley with two-toned stripes, animal prints with repeating geometric prints.

4. Set a mood. Different patterns have different personalities, or “feels” as the pros say. To set a traditional scene in a dining room or entryway, start with a formal pattern like toile or damask. For a cozier feel in the kitchen or bedroom, build from a more casual pattern, like gingham or tribal prints.

5. Don’t underestimate white. Mixing patterns in one color plus white is always a safe bet, but they must match—all bright white, all cream. The same white pulls it together, but different ones can create visual chaos. Another trick of the trade: Pops of white, like a side table or mantel, help create a natural, eye-pleasing balance in the room.

Incorporate pattern through textiles like pillows, rugs and window treatments, or add more surprising pops, like a patterned ottoman, chair cushion, lampshade or even wallpaper. Draw inspiration from these style-specific combinations to create looks all your own:

Tip: Spread patterns throughout the space; clustering everything in one spot throws off the balance and flow of the room.

About the Author: Christie Morgan

I am a former Licensed Real Estate Agent that absolutely loves helping people find the home of their dreams. I also enjoy interior design, reading, writing, traveling, and spending time with my two cats.